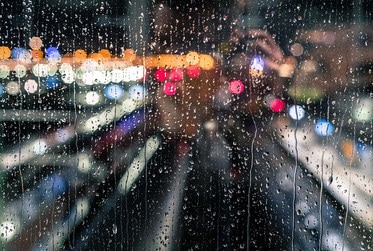 Alex Vach
Rain
What is rain well it’s when moisture in the air that falls from the sky but some people have some ideas about how a liquid gets up there. Some people believe it’s god's doing either he’s in rage with us or sad with how we're destroying his world. But others think it’s the opposite they think god is granting us his blessing giving us water the blood of the earth as some people call it. In our time of dryness. Scientists over complicate everything and they think it’s the water in the lakes and oceans that's been heated by the sun to turn into a gas and went up into the clouds were it stays there until the mass of the cloud and gravity pulls the weight down. While it’s falling it turns into a liquid once again which is water. But you can think what you want it’s only fair.
​